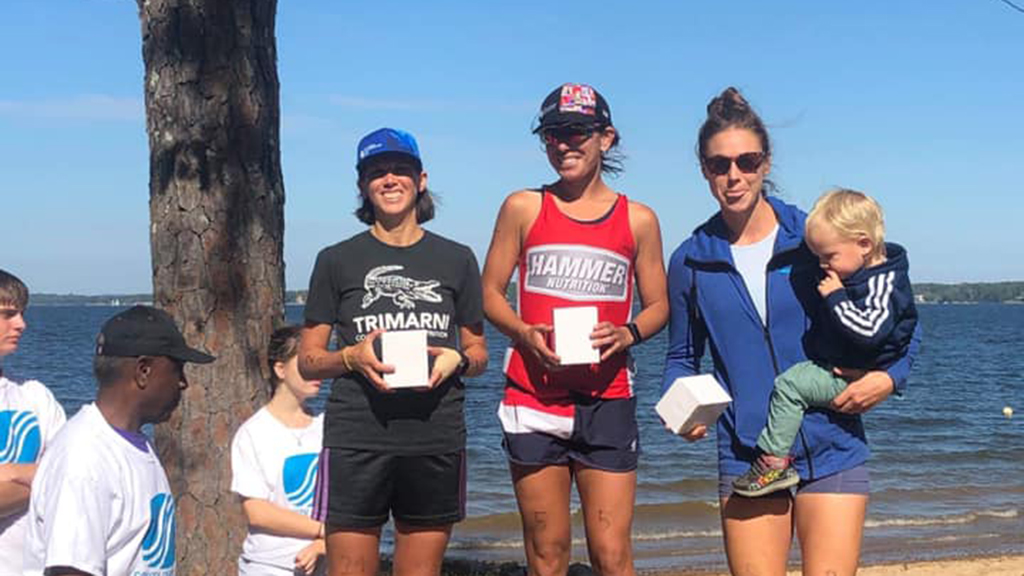 I’m going to make this race recap short and sweet for the last triathlon of my 2019 season. The South Carolina Triathlon Series finishes up every year with this sprinternational distance at the Lake Murray Dam. It tends to be a competitive field as athletes are vying for top points for their final series standings. This year, I wasn’t in the running for series awards because I did only 4 races – you need to do 5 to qualify for series awards (I’ve won 3rd Open Female for the past 2 years). This meant I had zero expectations going into the race, and this mindset has served me well in 2019.

I’m struggling with some tendinitis in my left thumb/wrist and was waiting to see how that felt after Augusta before committing to The Dam Tri. I was checked out by a doctor and she said it was likely De Quervain’s tenosynovitis, and although I was offered a steroid shot and a round of NSAIDs, I declined both and left with some rehab exercises I could do instead. I was cleared to race since the pain I’ve been experiencing since the end of August hasn’t gotten worse, it just hasn’t improved either. I’m still unclear as to whether this overuse injury is due to triathlon or typing/computer use. I hope to rehab it properly over the off-season. The exercises, compression, and limited use are already helping.

The Lake Murray Dam is only a 40 minute drive from my house so I was able to sleep until my normal alarm time of 5:15am. I had oatmeal for breakfast, and took a banana and coffee with me. I was out the door by 6am, and at the race venue by 6:40. Packet pickup was quick, and I set up my transition before going for warm up jog with friends Carlton and Justin. 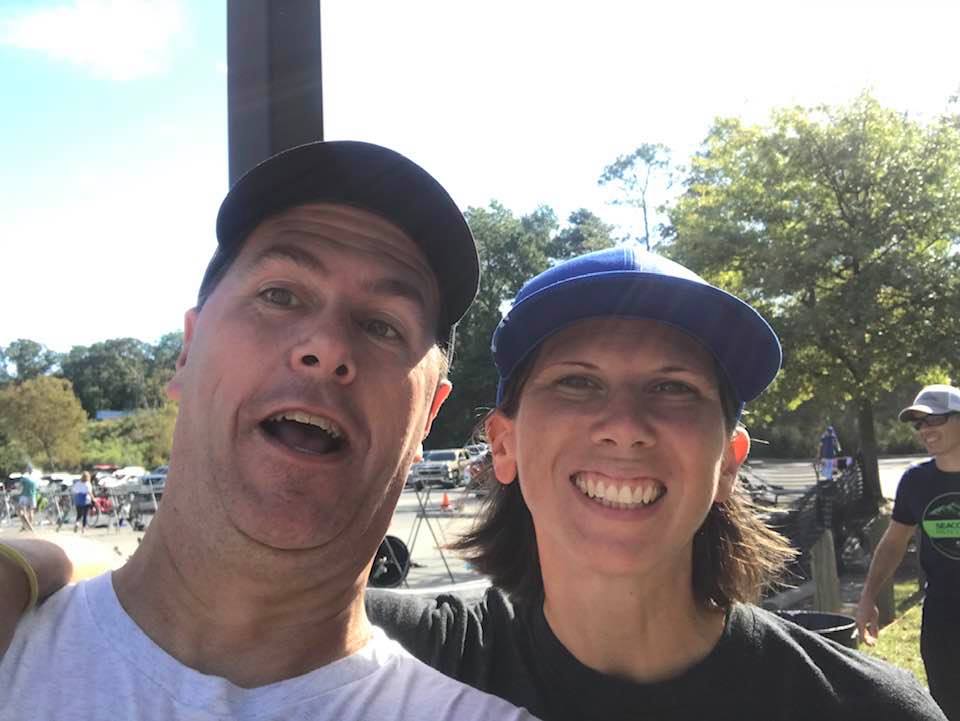 The water temperature was announced at 76F, which is wetsuit legal for USAT-sanctioned races. Since the water was so warm, some were opting to go without the wetsuit. I always go with the wetsuit if it’s legal since I’m not a super-speedy swimmer. I can always benefit from the buoyancy the wetsuit provides.

By 7:30, I was in my wetsuit and managed a little warm up swim in the lake. The lake was surprisingly choppy, but I was happy the swim wasn’t cancelled like previous years.

The open wave was scheduled to start the 1000m counterclockwise, triangle swim at 8am and we left right on time. The first 5 minutes were pretty manic with lots of bodies and kicking. The choppiness added to the madness, but I was happy to hit a bit of open water before the first turn buoy. After the first turn, the choppiness continued to be the biggest factor. Lots of water in the mouth, and I had to time my sighting with the top of the swells. Let’s just call 2019 the year of tough swims. This one ranks 3rd for the year, with AG Nationals the first, and ITU Worlds second. While I got lots of water in my mouth at ITU Worlds, the Swiss lakes are a joy to drink out of (the water is so clean!). Lake Murray, not so much. In my head, I really hoped I wouldn’t get sick as I’ve been sick from swimming in that lake before.

As I rounded the second buoy to head back into shore, the sun was right in our face. I’ve never been blinded this badly by the sun. The only thing I could see was the sun’s reflection off the water. I had to stop and take off my goggles twice to get my bearings, and the first time I still couldn’t see the shore! I wasn’t the only one struggling with this as swimmers were coming in from all different angles, and we recounted war stories after the race. Finally, I spotted the shore only a few meters from it and made my way to the swim exit. I finished the 1000m swim in 18:23 and had a quick T1 to get on my bike. I came out of T1 as the 5th woman and ready to set out on the 21 mile, 2 loop bike course.

I could see Sarah Breaux, another open female, up in front of me by the time I crested the hill out of transition. I passed her fairly easily within the first lap of the bike. Katie Malone was my next white rabbit. I know Katie is a strong cyclist, and we usually have similar bike splits. We went back and forth a bit but never really got away from each other. Good news is that my legs were feeling good. My legs felt absolutely trashed after Augusta and took me much longer than normal to recover so with the week leading up to this race, I didn’t have a lot of confidence in my biking, which is my strong discipline. The legs showed up on race day and I finished the bike in 57:56, 4th fastest female with an average speed of 21.5mph. Katie and I came into T2 virtually together. As we racked, Jeremey Davis was on the loudspeaker announcing our other competitor, Kayla Edwards, was on her way out on the run. Katie made it out of transition just a bit faster than me, but I was right on her heels.

The out and back, 6km/3.75mi run on the dam would give me a chance to see how many other women were out in front of me, but first, it was time for a head-to-head with Katie. Coming out of transition is a steep hill so I knew not to go bounding out after Katie. My plan was to manage the hill, then settle into a comfortable pace. This allowed Katie to get out about 5 meters in front of me to start. Once I’d settled and brought down my HR from the hill effort, I got the arms pumping faster and gained on Katie quickly. I passed her feeling strong but not doing some crazy effort. She tried to stick with me and managed for a while, but I knew it wouldn’t last with her breathing. I noticed my breathing was calm while hers was elevated. Once she dropped off, I could see Kayla out in front of me. It was tempting to pick up the tempo to catch her, but we still had 3 miles to go and I could tell that I was gaining on her with my current pace. I sat in patiently and then finally came up and passed her. For some reason, that got my HR up so I had to mentally calm myself a bit to stick with it. Within this time, another female, Brianne Gaal, was on her way back on the dam. It was clear with the gap that she had that there was no way I could catch her, but I knew I was in 2nd place.

I grabbed water at every aid station and put a little in my mouth and dumped the rest on my head. After the turnaround point at the end of the dam, I could see Jen Kryzanowski was barreling through the field. I thought I had a decent enough gap on her to hold her off. Either way, I was in management mode now. It was so tempting to walk for a bit, but I knew I couldn’t hold off Jen if I walked. About a half mile from the finish, Jen managed to pass me, and our friend Carlton saw it all go down. I knew I couldn’t hang with her pace so I concentrated on myself. I felt pretty pukey at this point, but then my teammate Al was out there screaming at me to keep going. That prevented me from doing a little walk at that final rise on the dam before dropping into the parking lot and running across the finish line. 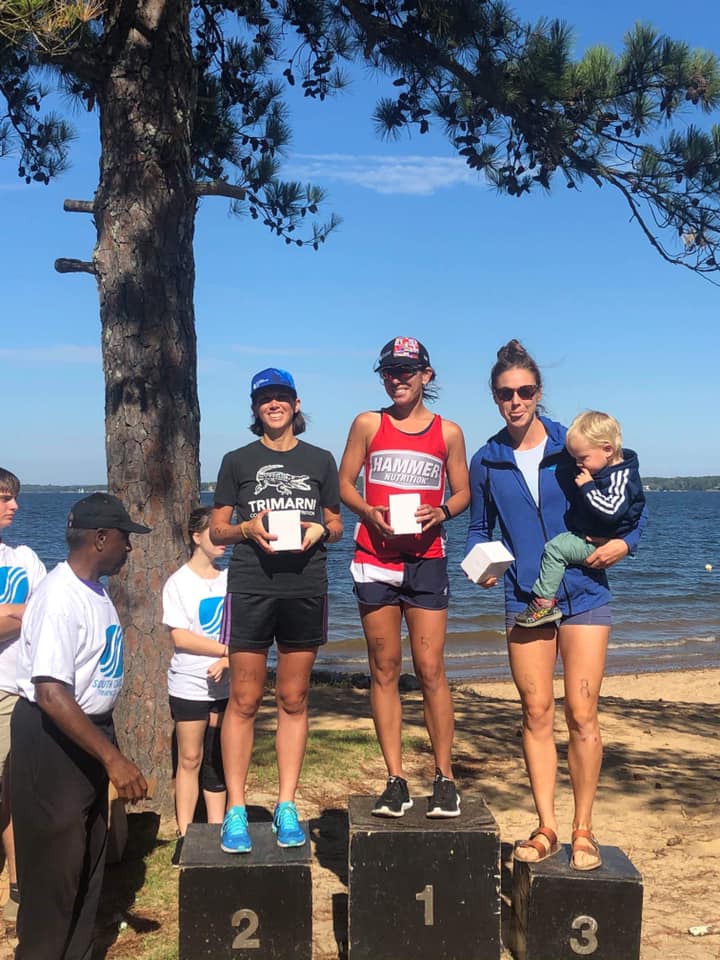 I’m super happy with how my run has come along. I’m still not super speedy compared to those blessed with the running gene, but I feel more in control than ever before, and my confidence is growing as I’ve gained spots during the run in quite a few races this season. I feel like I always lost spots in the run before.

Congrats to all my SCTS friends for a fantastic season and all your series awards! It’s been an amazing experience “growing up” in triathlon in this series, and I’ll always recommend these races to triathlon newbies and veterans alike. I hope these local races can continue, but we have to grow participation for that to happen. Check out the SCTS page here and sign up for some 2020 races. I’ll try my best to participate, but my triathlon trajectory is taking me towards more long course races for 2020. 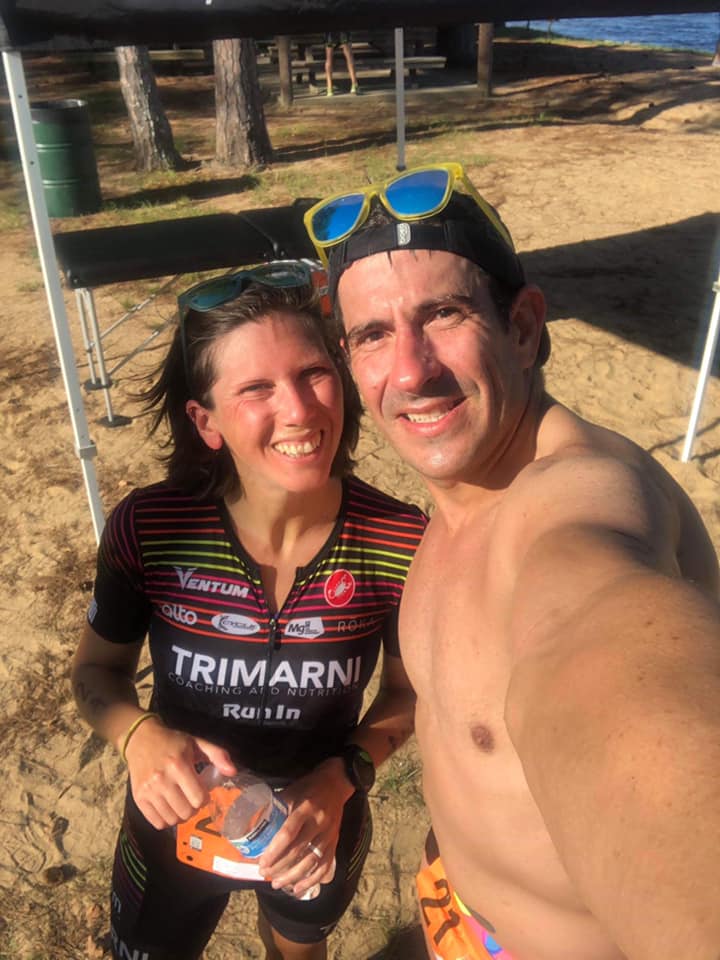