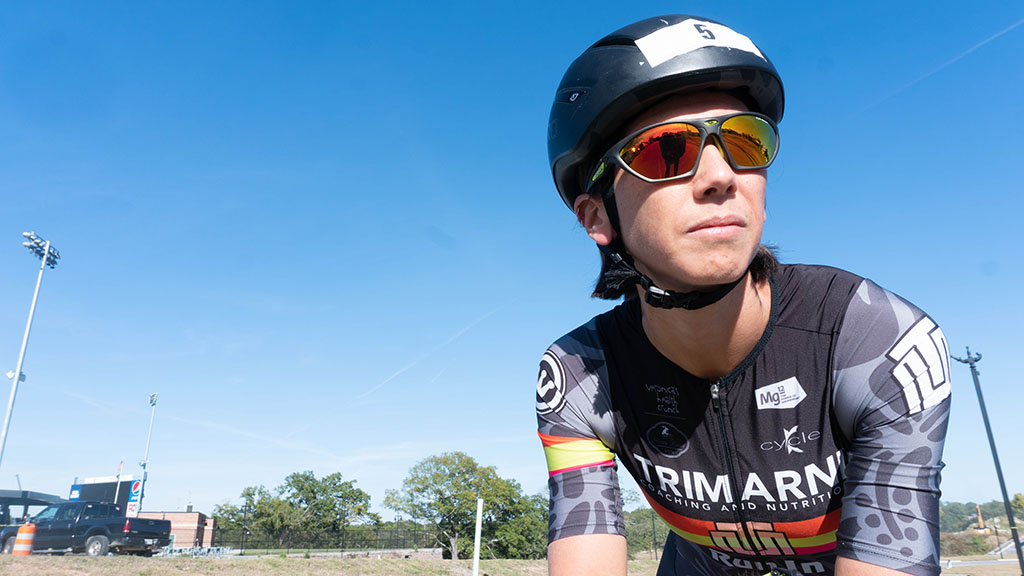 As I look back at my training for February 2019, two words come to mind – struggle bus. Physically, I’m feeling fine. Mentally, I’m pretty okay, too. But this month’s training saw me not excited about every session, but making it work.

Late in January, my husband discovered some damage on my Cervelo P2 frame – a little loss of paint on the seat stay and tapping around the area made us suspect that there was carbon damage. I sent a photo to my coach for a second opinion and he said, “Yup, get it repaired now”. Bummer. I think it happened during transport to and from Cleveland back in August 2018 when I travelled to the USAT Nationals. TSA went through my Scicon bike bag and didn’t pack it back the way I had it (with foam and towels wrapped around the bike frame) so it could’ve happened then. Or, my AirBnb host was a little rough throwing it in his truck (when I wasn’t there) so it could’ve been that. It definitely didn’t happen on a ride because I would have remembered an impact that would have caused that sort of damage. 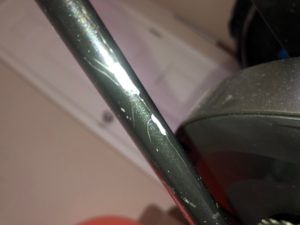 I reached out to a couple of carbon repair places on the recommendations of my coach and local bike store owner. I settled on Coastal Carbon in Myrtle Beach due to their location (the closest place recommended), estimated turnaround time, and price. My husband broke down the bike, and Summit Cycles shipped it to them early in the month. I should be getting it back in the next week. Yay!

Luckily, I have a road bike, a Cervelo S2, that I can ride while my P2 is being repaired. My S2 hasn’t seen much riding time since I started with TriMarni back in November 2017 so it was due for some miles. The only problem with jumping from a TT frame to a road frame, which I hadn’t ridden regularly in over a year, is that my bum was not well acquainted with the saddle or set up. After about a week on the S2 on the trainer, my rear was done. I kept telling myself that I’d get used to it, and as I write on February 28th, I have gotten used to the road setup. That said, it’s still not the nicest feeling to ride on the trainer with fewer opportunities to shift your position and weight.

This pain on the trainer made it me want to ride outside much more, but February’s weather is not conducive to that so I did a couple of rides out in some nasty weather. What doesn’t kill you makes you stronger, right? It was a good opportunity to pull out all of the bike clothes – full-finger gloves, jacket, leggings, balaclava, booties, all the good stuff. I also got to ride in some gnarly wind last weekend. I’ll take the rain and cold over 30mph wind gusts any day. I had to turn around early as I almost got blown off the road a couple of times. Scary stuff. 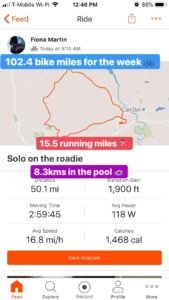 I spent around 11 hours in the pool this month for a total of 42,800 yards (annoying that Training Peaks shows it in yards when I swim in a 25 meter pool), including two 4000+ meter swims. The long swims are great. While I’m not doing my first Ironman in 2019, being able to swim 2.5 miles gives me confidence for when I am ready to do my first Ironman. I also had a swim set that included 2 rounds of 4×25 butterfly. Woof, that was tough! I am not a swimmer. What I mean by that is that I swim (of course), but I didn’t swim competitively on a swim team at any point in my life. Heck, there wasn’t even a swim team option growing up in Camden, SC. I learned how to swim at the local YMCA in Camden, going from guppy to shark in one summer, age 7. So I was taught all of the strokes, but I’ve probably swam less than 500yds of butterfly my whole life. That swim set was not pretty, but it’s good to do something you’re not comfortable with every once in a while. It made me use muscles I’m not used to using, and made me get over any embarrassment of looking like an idiot in the pool (cos I certainly did!).

The weekend of February 9th, the training stress (and probably life stress) caught up with me and I didn’t feel great. That morning, I woke up tired and really unmotivated to do my 3 hour ride outside followed by a 30 minute run. I had a strength workout in the calendar, too, so I did that in the morning hoping that it would lift my mood and motivate me to get outside for that ride. Unfortunately, that didn’t happen. It was really cold out as well so that afternoon I settled in for 2 hours on the trainer and then the 30 minute brick. My coach says that something is better than nothing and this was that day.

Looking at the cumulative stress, my coaches made the decision to lighten the load a bit for the following week. These “clean out days” made all of the difference and by February 15th, I was feeling awesome! I’m so grateful to have good communication with my coaches, and coaches that can guide me through those down times to get me out the other side.

Before I had a coach and just made things up as I went, I would be hard on myself if I wasn’t feeling great, either pushing myself through the down time, or crashing out completely. Backing it off just a bit was what my body needed to recover and be ready for the next training block. I trust my coaches 100% with these decisions, and so far they haven’t been wrong.

This weekend is my first race for 2019 – the Run Hard Columbia half marathon. I’m going in without expectations. I’ve been training in zone 2 (around 9:30-10:30min/mi pace) for the past two months so I’ll be interested to see what happens on Saturday. I don’t plan to run it in zone 2 but we’ll see if I have the speed + stamina to get me close to my personal best time of 1:48:06. I’d love to have a 1:45 half marathon, but the important races are the triathlons, not the running races so I won’t be too disappointed (I hope) if I don’t hit that. Let’s see what happens! 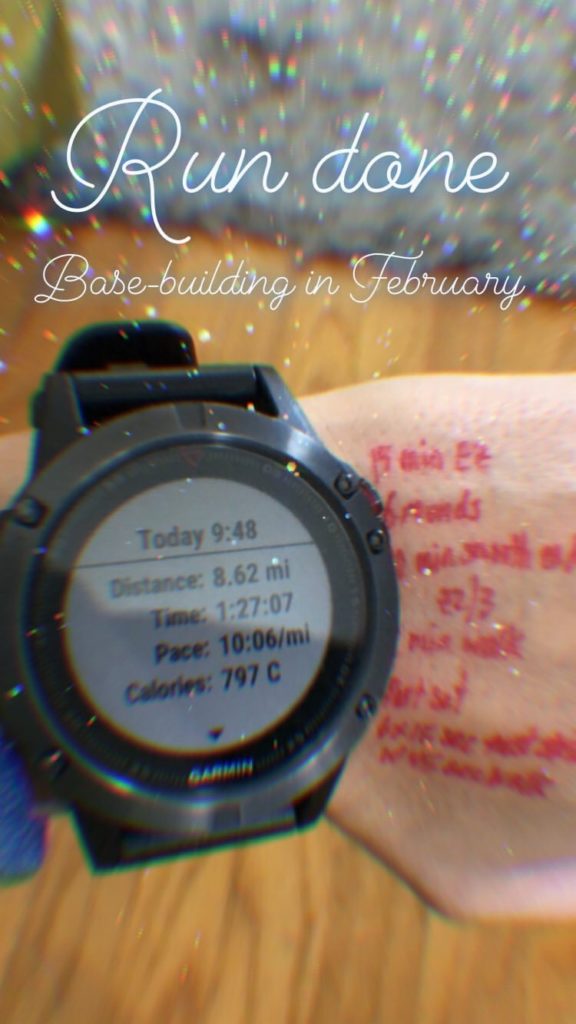